We are only a month away from the release of one of the most anticipated games of 2017 and the interest of players around the world is huge. The multiplayer BETA is been online for a couple of months now and the number of active players keeps growing by the day. With that said, we are more than happy to announce one of the first online tournaments in CODWWII in the world.

The tournament is online, so anyone who has the game can compete. You will have to contact us and reserve your place in the tournament that will be held on November 17th this year. Fight and win some amazing prizes from your own home.

Who can join and where?

The organizers of the tournament are working closely with Activision to make sure that all of the platforms are covered. That includes Xbox, PC, and PS4. The tournament will feature all game modes, with the focus on the War Mode and Team Deathmatch. You can sing up right here from Sep. 15 until Nov. 10.

We want to put the masters of the game against each other in the tournament, so we are expecting players who are already active in the online BETA. The number of players is limited to 100, so take your spot as soon as you can.

Each team will have between five and ten players, depending on the game mode. The first round of the tournament will match up teams from different groups. Each group will have five teams of at least five members. The first three teams will continue into the second round after each matchup is over.

The teams will first try their skills in the Mosh Pit, playing each mode against another team once. The team with more victories will be granted three points in the standing.

The second round will put the first three teams from each group against each other. They will pick a game mode randomly and do their best to stay in the game. The best ranking team from each matchup will make it to round 3.

The third and the last round will prove to be the toughest. The best teams will fight each other throughout every available map. When the round is over, the two teams with the most points will finally face off and fight for valuable prizes we’ve got in store.

Like every time, we have gathered some valuable prizes for the first three ranking teams in the tournament. Here is what you will be fighting for.

Each member of the team that comes in third will receive a Razor mouse and pad. They will also get T-shirts with an awesome CoD print and a coffee cup that goes with it.

The team that comes in second is going to love their prizes. Every member will get a 1080TI graphics card and a voucher for 200 dollars in the local tech store.

Those who prove to be the best in Call of Duty will get the new MSI GeForce GTX 1070 GAMING X 8G graphics card and they will split a check for 10000 dollars.

Bring your best COD moves to the set and you could win one of these amazing prizes! Good luck and have fun! 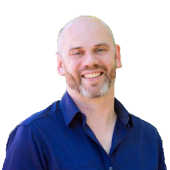